In a major blow to West Indies, off-spinner Shillingford was suspended by ICC.

In a major blow to the West Indies cricket team, off-spinner Shane Shillingford was on Monday suspended by the International Cricket Council (ICC) for having an illegal bowling action, while another tweaker Marlon Samuels‘ quicker deliveries were also ruled illegitimate.

“…an independent biomechanical analysis has found the bowling action of West Indies’ off-spinner Shane Shillingford to be illegal and, as such, the player has been suspended from bowling in international cricket,” the ICC said in a statement.

The analysis revealed that for both his standard off-break delivery and his doosra, the amount of elbow extension in his bowling action exceeded the 15 degrees’ level of tolerance permitted under the ICC Regulations.

“He is suspended from bowling in international cricket until such time that he has submitted to a fresh analysis, which concludes that he has remedied his bowling action.”

Meanwhile, the independent biomechanical analysis of the Samuels’ bowling action concluded that his standard off-break delivery was legal but his quicker deliveries exceeded the 15 degrees’ level of tolerance and thus, were considered to be “illegal.”

While he is allowed to continue his standard off-break delivery in international cricket, he has been barred from bowling his quicker deliveries.

“Should Samuels be reported again for a suspected illegal bowling action within the next two years, such a report will be deemed to be a second report for the purposes of the ICC Regulations,” the ICC stated.

“If the independent biomechanical analysis following the second report concludes that Samuels has an illegal action, whether it is for his quicker deliveries or any other type of delivery, he will be automatically suspended from bowling in international cricket for a minimum period of 12 months.”

Shillingford and Samuels were reported at the end of the second day’s play in the Mumbai Test against India last month by on-field umpires Richard Kettleborough and Nigel Llong, TV Umpire Vineet Kulkarni and match referee Andy Pycroft.

Both bowlers have previously been reported and suspended after their actions were found to be illegal. They were, however, allowed to resume after they underwent remedial work on their bowling actions and further testing.

The latest independent analyses of Shillingford and Samuels were performed by Associate Professor Jacque Alderson and her team at the School of Sport Science, Exercise and Health, The University of Western Australia (UWA) in Perth on November 29.

“The players have the right to appeal against UWA’s conclusions to the Bowling Review Group. Should they choose to appeal, they must lodge written notification with the ICC within 14 days.” 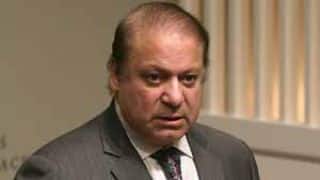