Shillingford hit a 25-ball fifty against New Zealand in the first Test.

West Indies off-spinner Shane Shillingford says batting practice in the nets paid off, resulting in him scoring the second fastest Test fifty. Shillingford struck an unbeaten 53 off a mere 29 balls as West Indies attempted to chase down a mammoth 403 for victory in the opening Test against New Zealand.

West Indies lost the match by 186 runs inside four days as the Kiwis took a one-nil lead in the three-Test series, with the second set to begin in Trinidad Monday. “A lot of coaches, in terms of different teams, see me bat and always tell me I will get runs. Even the Windward coach tells me that. So, I am doing some work in the nets along with the assistant coach and staff on batting, and I’m glad it paid off today,” said Shillingford who played his first Test since his suspension due to an illegal bowling action.

The Dominican cricketer finished with a match haul of five for 184 and teamed up with Sulieman Benn in an 85-run last wicket partnership which threatened to take the match into the fifth day. Shillingford struck three fours and five sixes in an impressive showing with the bat. “Growing up, I never used to be a bowler. I used to be a No. 3 batsman, playing under-19s, under-13s,” Shillingford said. “The technique and all is still there, the way I like to strike the ball. My strength is to hit the ball straight. 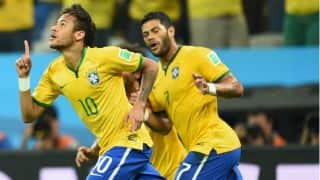 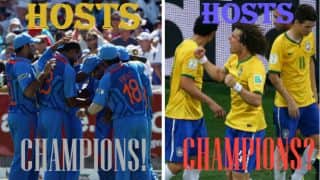