This is Root's second double hundred in the longer format and with this innings he has also ended England's search for an ideal No. 3 batsman in Tests.

Shane Warne has picked up AB de Villiers, Virat Kohli, Steve Smith and Joe Root as his top 4 batsmen in world cricket right now. Speaking on Day Two of England versus Pakistan‘s second Test at Old Trafford, he stated that he has been impressed by Root’s ability to play long for his side and get runs on a consistent basis. He was thoroughly impressed by Root for getting a fantastic hundred against Pakistan when his side is trailing 0-1 in the four-Test series and was astonished to see him get to a remarkable achievement by playing a reverse sweep. England declared their innings for 589 for 8, with Root getting out at 254. LIVE CRICKET SCORECARD: England vs Pakistan 2016, 1st Test at Lord s

Speaking on Facebook Live, Warne also picked up some of the greatest players from England. He mentioned the names of Micheal Atherton, Nasser Hussain, Alex Stewart, Micheal Vaughan, Kevin Pietersen, Ian Bell and Joe Root who have stood out for England in the past and banks on Root to lead England’s charge in the coming years. He emphasised on how nicely Root paced his innings against Pakistan’s bowling attack, who were coming fresh from their emphatic victory over the hosts at Lord’s. ALSO READ: Root’s double century buries ENG’s search for an apt No. 3 batsman

He stressed on the point that Root was fluent in his approach as he left the balls outside off stump and made the bowlers bowl to him which resulted in a big innings from him. This is Root’s second double hundred in the longer format and with this innings he has also ended England’s search for an ideal No. 3 batsman in Tests. 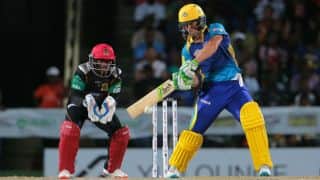