Sydney: Australia leg-spin great Shane Warne has called Cricket Australia’s (CA) handling of Justin Langer’s exit as the head coach of men’s team ‘pathetic’. With his blunt remarks, Warne has now joined the chorus of Langer’s former team-mates slamming CA for how they treated the former head coach who stepped down from the post on Saturday.

“To treat the head coach the way they have, it’s an absolute disgrace what they’ve done. All of us who have played with Justin, we are not coming out because he’s our friend or a great cricketer or a Hall of Famer. We are coming out because it’s the treatment of the coach. Forget it’s Justin Langer. It’s just the treatment of Cricket Australia and the way they have handled the coach of the Australian cricket team. It’s been pathetic,” said Warne on the Follow-On podcast of Fox Sports.

Warne opined that the current Australia men’s team is not yet ‘great’ and feels that Langer’s departure may take the team back several years. “We were finally starting to see the integrity coming back to the Australian cricket. It’s not a great Australian cricket team we are talking about here. But all that Justin Langer put in over three or four years, we are just starting to see the rewards for his hard work.”

Under Langer’s coaching, Australia had retained the Ashes in England in 2019 and won the Men’s T20 World Cup in the UAE last year followed by winning Ashes at home 4-0. “His brutalness, his intensity and his kick up the backside to the players. You know why? They needed it! If they can start doing this for another five or six years. Not to lose at home, beat India away and beat England away.

“Then we might start talking about this great Australian cricket team. But they aren’t at the moment. If they didn’t like his style and he had lost the dressing room, well, they better start performing. They have to perform.”

Warne also lamented the fact that today’s generation of cricketers isn’t used to taking criticism very well. “I don’t think the modern-day player takes criticism very well. I think they are very sensitive. If you say they should leave someone out or they aren’t performing, then they hate you suddenly. Maybe some of us older guys who played a little bit and did OK, we might know a little bit about what we are talking about.”

The 52-year-old signed off by saying that listening to criticism from the outside is never personal. “It might be worth just listening and weighing it up yourself. I remember listening to Ian Chappell, Tony Greig and Richie Benaud and those guys. If they said something criticising, I would listen. They knew what they were talking about. It was nothing personal. It was just guys who have been successful observing. It is nothing personal against anyone.” 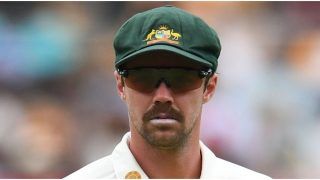