Paine was appointed Australia's Test captain after Steven Smith was banned by Cricket Australia (CA) for one year.

Shane Warne doesn’t believe in investing in wicketkeepers as long-term captains. According to Warne, the responsibility of captaincy is a burden that should not be enforced upon men already burdened with responsibilities on either side of the stumps. According to Cricbuzz, Warne said: “I’d say it to Gilly [Adam Gilchrist] face to face, I don’t think keepers make good captains. I think they make good deputies and are fantastic vice-captains to bounce off to set the standard of fielding.”

Warne also spoke his thoughts on Tim Paine as captain: “I don’t think Paine is a long-term option even though he’s done a great job in the short time he’s been there but right now we just need to take stock. We have Justin Langer doing all forms, which is great. Eventually, I think that will branch out to a red ball and white ball coach, and we may have different captains in different forms of cricket. At the moment it’s about trusting the Australian cricket team again.”

Warne just recently completed his IPL stint with Rajasthan Royals as franchise mentor and has recently been recruited by Fox Sports. Paine was appointed Australia’s Test captain after Steven Smith was banned by Cricket Australia (CA) for a year. 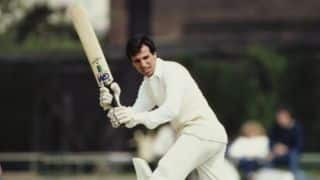