Shane Warne may travel to Sri Lanka soon after the country’s Consul General in New South Wales, Bandula Jayasekara confirmed that the legendary leg-spinner was to come to the island nation as he was interested in investing there .

“We are sure that the bond of friendship established between President Mahinda Rajapaksa and Prime Minister Tony Abbot will remain for a very long time,” said Jayasekara. 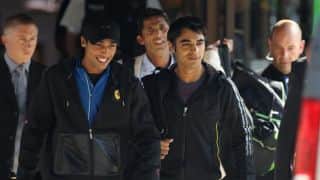