Former Test players Shane Warne, Michael Slater and Kevin Pietersen have been slapped with a fine of USD 300 each by the Tasmanian Police for not wearing seatbelts.

Melbourne [Australia] (ANI): Former Test players Shane Warne, Michael Slater and Kevin Pietersen have been slapped with a fine of USD 300 each by the Tasmanian Police for not wearing seatbelts during a recent visit to Hobart. Last week, Warne had posted a four-minute video on his official Facebook page showing the trio in a van along with former Australian wicketkeeper Ian Healy and former national skipper Mark Taylor. However, after filming the minutes for a couple of minutes, the former cricketers realised their mistake and fastened their seatbelts. FULL CRICKET SCORECARD: Australia vs South Africa, 3rd Test match at Adelaide Oval, Adelaide

The infringements for failing to wear a seatbelt were issued after police reviewed a video posted on one of the men s Facebook page, the police was quoted as saying by news.com.au. The former Australian leg-spinner had streamed the video live on Facebook during the second Test in Tasmania. In the video, Taylor who was driving the van and Healy, the front seat passenger, can be seen have themselves buckled up.

Tasmania Police reminds motorists that seatbelts save lives and urge drivers to insist their passengers buckle up too, police said.

Earlier, Australia are facing mounting calls from former greats for a drastic overhaul of how cricket is run as they stare down the barrel of a first-ever home Test series whitewash. Five Test defeats in a row just nine months after being crowned the world s top-ranked team have left the sport-obsessed country convulsed over the downward spiral of the national team. Cricket Australia s under-fire chief James Sutherland admitted they were lucky to be a top 10 side after the abject surrender to South Africa by an innings in the second Test in Hobart. Captain Steve Smith confessed he was embarrassed and humiliated but now faces the prospect of crashing to an unprecedented 3-0 series defeat in this week s final day-night Test in Adelaide. 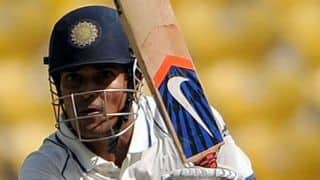