Warne said that he was doing his job by criticising Cook's captaincy.

Shane Warne, the former Australia leg-spinner, has hit out at Alastair Cook’s tactics and has said that the comments he made were not personal. Earlier, Warne had criticised Cook’s approach to captaincy and the England captain retorted by saying that something “needed to be done” about it. However, Warne has now clarified his stance and has said that he is giving his opinion and basically doing his job.

In his column for The Telegraph, Warne said, “This column is not a personal attack and never has been Alastair. Mate, you need to improve tactically or England need someone else in the job. And I am not the only one saying it. Please speak to Michael Vaughan, Nasser Hussain and other successful captains who were tough, ruthless and got it.”

Warne also said that he was ready to talk to Cook and pass his tips to him. He also said that he wasn’t upset by Cook’s comments about Warne earlier. He did say though that Cook lost the plot at Headingley the other day when Angelo Mathews went on to score a big ton and setup the foundation of a Sri Lankan victory.

Warne mainly stated that Cook is not improving or learning, which was disappointing. He wrote, “The most disappointing thing for me is that he has not learned or improved after a horrible 5-0 drumming in Australia, in fact he has got worse. His captaincy at Lord’s was terrible, then on Monday at Headingley I witnessed the worst day of captaincy I have ever seen at international level in almost 25 years in the game. It was horrific, and I am not the only one singing that tune.”

Warne stated that one option for Cook may be to take a break from the game completely and then return fresh. He said that three things are possible. One is that he continues, second is that he gives up captaincy and focuses on his role as a batsman or takes a break. Warne said that his one year away from the game did him wonders. “I hope myself and everyone else saying the same thing are all wrong and that 12 months time he leading the side well. Let’s see.” Warne concluded expressing hope that Cook bounces back and leads England well. 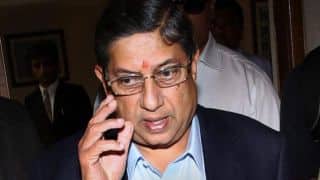 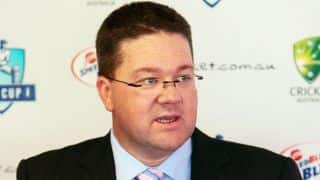