Warne says that his gin distillery, SevenZeroEight, has decided to produce hand sanitizers for hospitals, amid the growing mayhem caused by the coronavirus outbreak. Australia spin legend Shane Warne’s distillery has started manufacturing hand sanitizer instead of gin to make up for the shortage of the alcohol-based solution and “save lives” from the clutches of the COVID-19 pandemic. The pandemic has so far claimed over 9000 lives and infected more than 2,00,000 people across the world.

Instead of making alcohol, Warne’s company, ‘SevenZeroEight Gin’, has started producing “medical-grade 70 % alcohol” hand sanitizer on March 17 for two Western Australian hospitals. “This is a challenging time for Australians and we all need to do what we can to help our healthcare system combat this disease and save lives,” said Warne in a statement.

“I am happy SevenZeroEight has the ability to make this shift and encourage others to do the same.”

The coronavirus, which first origined in Wuhan in China’s Hubei province, has crippled health care systems and affected economies across the world, besides bringing sports activities to a halt.

Australia has so far reported 565 confirmed cases besides six deaths.

The rising cases has led to panic buying in some parts of Australia with hand sanitizers being the most in-demand.

The deadly disease has also led to the postponement of many sports events in the country, including cricket.

The three-ODI series against New Zealand was called off, while the upcoming three-T20 International series in New Zealand, starting March 24 was postponed. The remainder of the Sheffield Shield competition has been cancelled too. 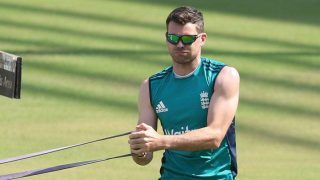