Erskine said he remembers having a discussion on the league with Warne but he is not aware of the specifics.

According to reports, Brett Lee, Andrew Flintoff, Jacques Kallis, Adam Gilchrist, Glenn McGrath and Michael Vaughan were among the former stars who have been approached for the proposed league.

Erskine said he remembers having a discussion on the league with Warne but he is not aware of the specifics.

“Shane Warne has lots of ideas about cricket. I haven’t spoken to Warney about it for ages. Some time, maybe a year ago or so, he mentioned that this was something of interest to do in America and Tendulkar was interested, but I haven’t discussed it with him for months,” Erskine was quoted as saying in the Sydney Morning Herald.

Erskine feels there could be a market for this league featuring former greats but he was not sure about the commercial viability of the tournament.

“If you take past greats to countries that normally don’t get major cricket then I think it could work. But as we know, most of the money in cricket today is not to do with gate receipts, it’s all to do with television rights,” he said.

“Someone has got to turn round and say, ‘yes this is a good idea.’ Someone at some stage has to take the financial risk. Whether that’s Shane or Tendulkar or someone else. I honestly don’t know the structure of the event.

“There is so much cricket. Apart from England and Australia in Test matches, you look at a Test match and you can fire a cannon and not hit anyone,” he added. 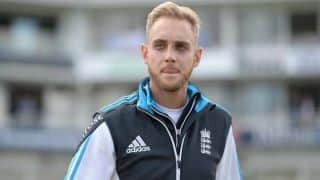