Stand-in skipper Shane Watson believes Australia's recent successes over India and Sri Lanka will mask any world-weariness when they kick-off their Caribbean tour. 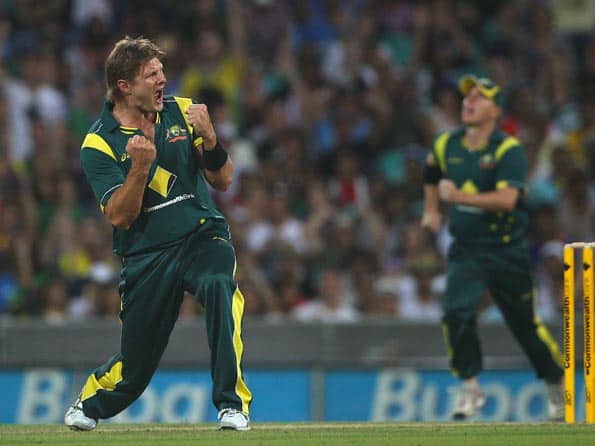 Australia tackle the West Indies in the first of five one-dayers on Friday, with two Twenty20s and three Tests to follow on the seven-week tour Getty Images

Stand-in skipper Shane Watson believes Australia’s recent successes over India and Sri Lanka will mask any world-weariness when they kick-off their Caribbean tour.

Australia tackle the West Indies in the first of five one-dayers on Friday, with two Twenty20s and three Tests to follow on the seven-week tour — a trip they set off on just 12 hours after their tri-series win over Sri Lanka in Adelaide.

“To think even 12 months ago that things were being said that the depth in Australian cricket might not be that good, to actually see the guys who are coming through.”

Watson is keen to see how the likes of Nathan Lyon, James Pattinson and Peter Forrest perform in the Caribbean after making their mark on home wickets.

“James Pattinson has been brilliant, Nathan Lyon … to see these guys come in and perform straight away is a very exciting thing,” Watson said.

“To actually know that we’ve got some great depth now and in the future with a few other guys still on their way back from injury and also some guys who will continue to improve in domestic cricket to put pressure on the more senior guys.”

In contrast, West Indies have turned to their back catalogue in an effort to gain an edge, with 31-year-old fast bowler Tino Best recalled after more than two years on the sidelines.

“I’m fully focussed. I am fully aware of what is expected of me and what is required by the team. I have worked extremely hard to get back into the team and I will continue to work hard to stay in the team,” Best said.

In his most recent first-class appearance in February, Best took seven wickets for Barbados in their crushing win over Combined Campuses and Colleges and bagged six for 44 in a warm-up that followed.

Another player in form is big-hitting Kieron Pollard, who smashed 151 off 120 balls in a recent squad warm-up.

West Indies are again without former skipper Chris Gayle, who has not played for the West Indies since last year’s World Cup and has been involved in a long-running dispute with the West Indies Cricket Board. (AFP)

PCB advises cricketers to stay away from Bollywood ties