Opening batsman Ed Cowan on Wednesday backed Shane Watson to lead Australia in the fourth and final Test against India starting on Friday if skipper Michael Clarke is unfit and also hoped the team would bounce back after three consecutive defeats. 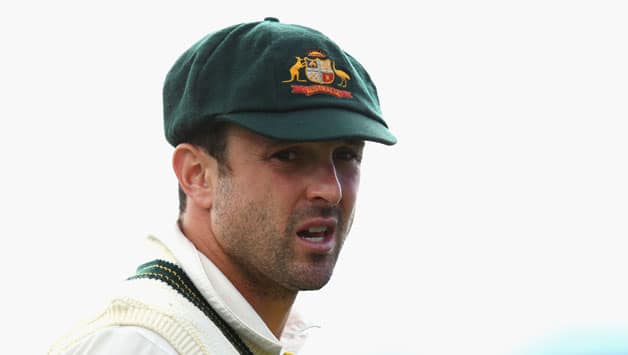 Opening batsman Ed Cowan on Wednesday backed Shane Watson to lead Australia in the fourth and final Test against India starting on Friday if skipper Michael Clarke is unfit and also hoped the team would bounce back after three consecutive defeats.

“Firstly, it is important to know that Michael is expected to play, so at the moment Shane Watson isn’t the captain of the team. If that happened, the team is very happy with that because he is the vice-captain of the tour and there are expectations that the vice-captain steps up if the captain is injured. I guess we know that was always going to be a possibility,” Cowan told reporters at the Feroze Shah Kotla after a practice session.

An out-of-form Watson has been in the centre of controversy after he was sidelined for the third Test in Mohali along with three others over a breach of discipline last week.

Watson was angry and left for home to be with his wife Lee, who delivered baby boy Will last Thursday. Watson, who left India contemplating retirement, however, returned in time to be with the team for the fourth Test starting here Friday.

Cowan said Watson is a “great player and a good leader.”

“He is a senior player around the group and it is important those kinds of players are on board because we need those guys for this team to be the best team in the world.”

Cowan said Watson was different from Clarke, who is struggling with back pain.

“He is a very different leader to Michael but we’re hoping Michael is fine for this Test. He [Clarke] is such a great batsman and we need his runs and his leadership,” he said.

Asked about Clarke’s chances, Cowan said: “He basically said that he has got the best possible medical team working over time on his back, it is a condition that he has got for a long time and he has not missed a Test yet so he is not expecting to miss this. He is pretty confident and I guess because he is so familiar with it and it is something that he deals on a daily basis. He will be alright I guess.”

Cowan said there is “no defeatist attitude in our dressing room” and the boys are ready to bounce back.

“We know that if we can put pressure on India for a long period of time we have a good chance of winning the Test match. Few guys have played quite a bit of cricket here, whether it be with the Delhi Daredevils or during the IPL so we have a hang of the conditions and I am sure the wicket will be a good one,” he said.

Cowan said the team has emerged stronger after the ‘homework affair’ and is determined to again become the No.1 Test team.

“There had been a build-up and there always comes a time where there is a breaking point and that happened in Mohali. We feel quite buoyed by the concept of moving forward together,” said Cowan.