The global appeal of KFC Big Bash League has also helped to draw attention of people.

The game of cricket has cemented itself as the most popular sport in Australia. There also has been a considerable rise in female participation in this game, which has seen a 39 percent rise in the recent past. Over a million Australians have participated in cricket in 2013 which also saw a rise of 16 percent.

The Daily Telegraph reported that Australia all-rounder Shane Watson praised Cricket Australia’s approach to professionalise women’s cricket, as a result of which there’s a rise in popularity.

Shane Watson said, “A lot of that has come down to how proactive CA has been in making sure women’s cricket in Australia is a career path. Women cricketers are now getting contracts to play for Australia and also for their domestic clubs.”

Watson also believes that the global appeal of The Big Bash League has also helped to draw attention of people who would not have associated themselves with cricket usually.

Watson said, “I think it really comes down to last summer more than anything, especially with the 16 per cent increase over the last year. It was incredible to see the Australian public really get behind the Australian team. To beat the English, all the players felt it all around the country, the support we had. And that has obviously moved into participation rates as well.

He further added, “The reason we play the game is to be able to promote the game and entertain people. It’s brilliant to know the game of cricket is thriving in Australia and that I’ve got a small part to play in making sure the game continues to grow. That’s the reason we play — because we love it so much.” 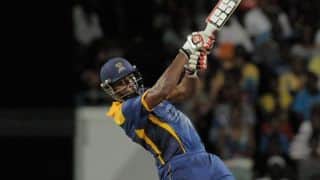