Shane Watson has been struggling with a calf injury.

Australian all-rounder Shane Watson will reportedly stay on the sidelines for the second Test against South Africa in Port Elizabeth after failing to participate fully in the squad’s first training session in the venue.

After a rest and travel day since their 281-run thumping of South Africa in the first Test, Australia trained at St George’s Park for the first time on Tuesday, although Watson was limited to the same routine he had during the first Test: walking laps of the arena, with team doctor Peter Brukner and physiotherapist Alex Kountouris.

According to the Sydney Morning Herald, Watson’s most compelling reason for selection would be if he could give Australia a fourth seam-bowling option, although Kountouris has said Watson would ideally be running unhindered for two or three days before a match to be in contention for selection.

The report mentioned that the complication to that occurring in time for the second Test, and possibly even next week’s series-ending Test in Cape Town, is that typically after Watson sufficiently recovers from calf injuries to bat, he requires about an additional week until he can bowl again.

Even though Watson batted on Tuesday, his inability to participate in fielding drills all but discounts the already slim possibility of one of Australia’s newcomers, Shaun Marsh or Alex Doolan, making way for him for the second Test, the report added. 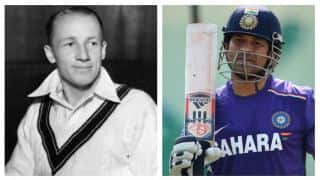