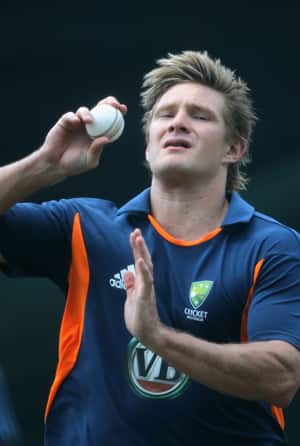 Craddock was quoted in Fox Sports as saying, “I’d like to see him somehow … not play in the IPL.

“Clarke is very political but when asked about Shane Watson and resting (him), he said very firmly ‘we will not be resting players for workloads in other competitions’.

“As if to say ‘hang on, hang on; rest him from those … this is Australia. And I’ve got to say, I like his strong stance.”

Australian captain Michael Clarke has been concerned about Watson’s fitness after the all-rounder suffered an injury during the ongoing ODI series against Australia.

Clarke said Watson had been hampered by back spasms before – in a Test against India 12 months ago – and had shown that it didn’t impact his output with the ball.

“It was a very positive sign that he went back out and batted and I am very confident that he will ready for Friday’s game,” Clarke said.

“He continued to play and was fine (against India). Two days later, he ended up bowling. He wasn’t great at the time when it happened but after some time he was fine.