The ruling group of the Mumbai Cricket Association (MCA) on Tuesday extended its support to Sharad Pawar at the October 18 biennial elections for which the Union Agriculture Minister is expected to file his presidential nomination. 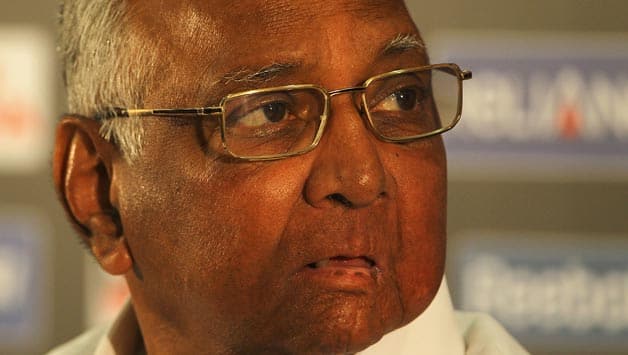 The ruling group of the Mumbai Cricket Association (MCA) on Tuesday extended its support to Sharad Pawar at the October 18 biennial elections for which the Union Agriculture Minister is expected to file his presidential nomination.

There are indications that current MCA president and Board of Control for Cricket in India (BCCI) vice-president Ravi Savant will contest for vice-president’s post as the top job will be left for the Union Agricultural minister.

The panel also has some present managing committee members like Shrikant Tigdi, Arvind Kadam, Deepak Patil, Ganesh Iyer and Rajan Phaterphekar, who plan to file their nominations for retaining their berths.

Interestingly, MCA vice-president Vijay Patil has already formed a select panel called “Cricket First”, which has also decided to back Pawar, in case he files his presidential nomination.

The senior India cricketer needs to turn out in two more Tests to reach the landmark and the series next month gives the Mumbai great, the ideal chance to attain it at home.

Apart from the MCA, the Cricket Association of Bengal (CAB) also wants to host Tendulkar’s milestone match and the BCCI’s Programmes and Fixtures Committee, headed by Rajeev Shukla, will meet soon to chalk out the itinerary of the tour comprising two Tests and three ODIs.

CCI and MCA have been at loggerheads for a long time when Test cricket used to be played at the former’s Brabourne Stadium, a stone’s throw away from Wankhede which was built in 1975.

Matters came to a head when CCI was headed by Vijay Merchant and S K Wankhede was at the helm of MCA affairs over seat sharing arrangement between the two entities during Test matches.

CCI shot down MCA’s demand for extra seats and Wankhede, who was a minister in the then Maharashtra state government, took it as a challenge and built the eponymous stadium in a record six months, in time for it to host the fifth and final Test of the 1974-75 home series against the West Indies.

Big time cricket moved away to Wankhede from that stage though CCI’s Brabourne hosted some international matches when MCA’s own stadium was undergoing renovation ahead of the 2011 World Cup hosted by India.