If MCA adopts the recommendations, 76-year-old Sharad Pawar will have to give up his responsibilities. As per the Lodha Committee, no cricket administrator can be over 70 .

Mumbai Cricket Association (MCA) is yet to take a call on their stand on the Lodha Recommendations, but if sources are to be believed, president Sharad Pawar is likely to step down. If MCA adopts the recommendations, 76-year-old Pawar will have to give up his responsibilities as one of the reforms is concerning the age of administrators. As per the Lodha Committee, no cricket administrator can be over 70 . Additionally, administrators cannot retain his post for consecutive terms, according to the reforms. Even after Supreme Court s order of accepting the reforms recommended by Justice RM Lodha and his panel, Board of Control for Cricket in India (BCCI) is yet to implement them and the apex court s final verdict is yet to come.

As reported by indianexpress.com, Pawar said on Friday, While I am closely associated with cricket, the matter is in the Supreme court. The Court is now going to decide how cricket will be organised. Till yesterday, they were guiding how to run the country. Now, they are also guiding the sports organisation. I don t want to say anything about that. I don t want to face contempt of court. However, if Pawar decides to step down, the decision will not come as a surprise to MCA as the veteran administrator has been mulling over the same since July.

The Supreme Court on Thursday observed that BCCI president Anurag Thakur prima facie appears to have committed matter of perjury in relation to demanding an intervention via a letter from the International Cricket Council (ICC) in order to sidestep the implementation of the Justice (Retd.) RM Lodha-led committee recommendations.

The apex court, which is hearing the Lodha panel s third status report that asked for the removal of top brass of the BCCI, asked Amicus Curiae Gopal Subramaniam whether Thakur committed perjury or not in the case. In reply, the Amicus Curiae revealed that the BCCI chief, in his affidavit submitted to the top court, had said that he sought Shashank Manohar s opinion as BCCI chairman, which was denied by the latter saying that it was asked in the ICC meeting, reported ANI. 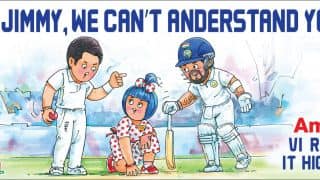 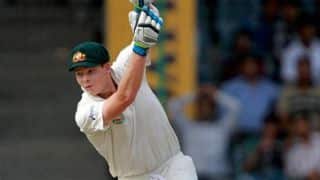