Mumbai: NCP chief and former BCCI president Sharad Pawar on Thursday alleged that the Lodha Committee report has “definitely destroyed” cricket. The Justice Lodha panel had recommended a slew of structural reforms in the BCCI, which were approved by the Supreme Court. “That report [by the panel] has definitely destroyed cricket,” he told reporters here when asked for his reaction on the panel’s recommendations. Pawar, a veteran cricket administrator, has also served as the chief of the International Cricket Council (ICC), the world governing body of the game. The committee was formed under retired Supreme Court judge RM Lodha in January 2015 in the wake of the Justice Mukul Mudgal Committee report, that called for reforms within the Board of Control for Cricket in India (BCCI).

The Mudgal panel had gone into the state of affairs of the BCCI, following the 2013 IPL betting and spot-fixing charges. The Supreme Court had approved the Lodha panel’s recommendations, such as ‘one state, one vote’, ‘one member, one post’, and fixing an age-cap of 70 years on those occupying BCCI posts. 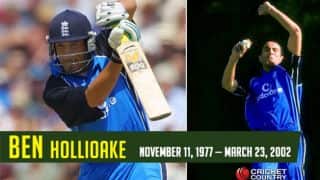