Sharad Pawar is going abroad and MCA will be represented by PV Shetty at the SGM.

Mumbai: Mumbai Cricket Association (MCA) is to be represented by its joint secretary, P V Shetty, at the Special General Meeting (SGM) of the Cricket Board here on May 22 to elect the new BCCI president following the resignation of Shashank Manohar from that post last week. MCA would normally have been represented by its president, Sharad Pawar, but he will not be available to attend the BCCI SGM as he’s scheduled to travel overseas during that period, it was learnt.LIVE CRICKET SCORECARD: RPS vs DD, IPL 2016 Match 49 at Visakhapatnam

“Mr Pawar is going abroad and MCA will be represented by Dr Shetty at the SGM,” said MCA sources after its managing committee meeting today. The MCA has also decided to ask all its managing committee members to declare any conflict of interest issues they might have. “The president joint secretaries etcetera have already done so. Now every other member, selector, coach and others will have to do this,” said MCA’s joint secretary, Unmesh Khanvilkar. READ: Scenario of BCCI vs ICC Chairman Shashank Manohar?

Earlier, Pawar had said that he would file an intervention application before the Supreme Court to highlight the difficulties in implementing Justice R M (retired) Lodha Committee’s recommendations to restructure the Board. This was decided at a meeting of the MCA’s Managing Committee, said a media release on Monday from the association’s joint secretaries, P V Shetty and Unmesh Khanvilkar. “In a meeting of the Managing Committee of the Mumbai Cricket Association to discuss the far ranging consequences of the Lodha Committee’s recommendations, it was unanimously decided that the Mumbai Cricket Association would file an intervention application before the Supreme Court and highlight the difficulties and inconsistencies in the report,” the media release said. 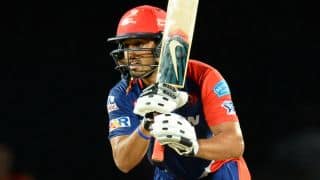