From fat to fit, from the teenager who hit six sixes in an over to Team India s opening bowler, Shardul Thakur has come a long way.

From fat to fit, from the teenager who hit six sixes in an over to Team India s opening bowler, Shardul Thakur has come a long way. The 26-year-old played three matches in South Africa. He got two wickets in the two T20Is that he played and in the final ODI of the series, he bagged a four-for. He would have won the Man of the Match in the ODI but for a Virat Kohli-hundred.

Landing straight from South Africa, the speedster boarded a the local train first-class from Andheri to travel to his home Palghar.

In an interview with Indian Express, Thakur recalled his long train journeys during his phase as a struggling cricketer.

People would often ask me when I ll play for Mumbai and India in the train. Some would taunt me as well saying why are you after cricket, itna door se aa ke thodi koi India ke liye khelega (nobody will play for India after so much travelling). Stop doing time pass . But I knew what I had to do. I have devoted my life to cricket, and at the same time also finished my graduation, he recalled.

So have the perceptions changed? What happened when Thakur boarded the train?

They say the boy who used to travel with us is now playing for India. This time I boarded the train in Andheri after getting off the flight from South Africa. Straight from business class to first-class. I had my headphones on and just wanted to get home soon. But I could sense people in the compartment looking at me and wondering whether I really was Shardul Thakur . A few college kids then Googled my picture just to be sure and then asked for a selfie. I told all of them to wait till I got off at Palghar.

Many were amazed that an India cricketer was traveling with them. Some old-timers were recalling how they ve been seeing me in the train for years. But my feet remain very grounded. I have not received anything on a platter and worked hard for it, Thakur added.

Thakur cherishes the wicket of Hashim Amla in the final ODI most. He plotted well with captain Virat Kohli to get the back of the South African stalwart. He further spoke on his strengths as a fast bowler, My strength is that I can swing the new ball. I am not focused on bowling at over 140 kph. I m happy if I can bowl at 137-138 kph and have control over my line and length. It s also about not going all out always.

I get the ball to leave the right-hander. So in the longer format, I just prefer keeping the ball out there and play on his patience. In one-dayers, I start with that same mind-set, occasionally holding the ball cross-seam. In the death, it s all about having skills and executing them.

T20 cricket is different, where the situation of the match changes nearly every two balls. You have to be flexible and keep your ego aside. You are making and changing plans out there. I ve learnt to bowl the knuckle ball over the last one year. I ve also tried learning the leg-cutter from Bhuvi (Kumar), he further added.

He truly mastered the knuckle ball and used it to good effect in South Africa. Thakur finds himself in the Indian T20I side that will be playing the Nidahas Trophy tri-nation tournament next week.

Thakur was sent home during his IPL days with Kings XI Punjab and it did not help his confidence. After spending the 2017 season with the runners-up and now defunct Rising Pune Supergiant, the speedster will be sporting the Chennai Super Kings yellows this season. He will be playing under MS Dhoni. 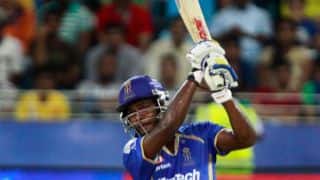 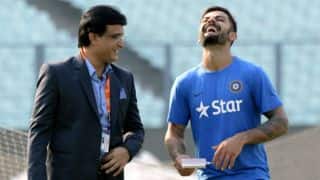