Pakistan have been scheduled to play one Test and a One-dayer against Sri Lanka later this year at the Sharjah International stadium, leading to revival of the facility as an international venue after a gap of nearly eight years. 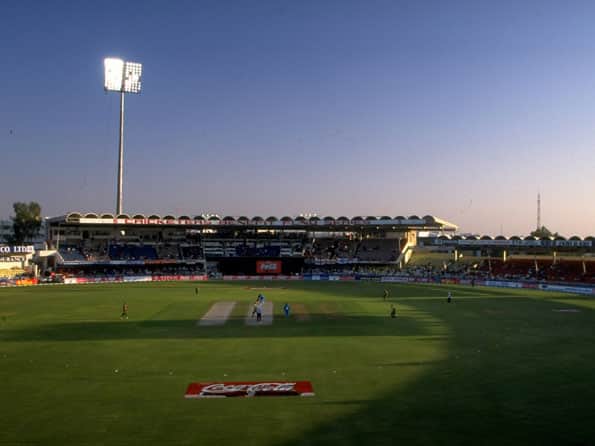 Pakistan have been scheduled to play one Test and a One-dayer against Sri Lanka later this year at the Sharjah International stadium, leading to revival of the facility as an international venue after a gap of nearly eight years.

Sharjah hosted the highest number of one-dayers between 1984 and 2003 and also organized the Pakistan Test series against West Indies and Australia in 2002.

But since 2003 the Sharjah international stadium, owned by Abdul Rehman Bukhatir, has hosted no international match due to lack of support from the Indian Cricket Board, which regularly sent its team along with Pakistan to play during the hey days of Bukhatir.

A Pakistan Cricket board official said both the teams would play three Tests, five one-day internationals and a T20 match in Dubai, Abu Dhabi and Sharjah from October 18 to November 26 this year.

The official said Sharjah was allotted the matches after a delegation of the Board visited the stadium which has been renovated recently.

“The stadium is ready now and the Emirate cricket board has also given the green signal for the revival of international cricket at the venue,” he said.

Pakistan has been forced to play its ‘home’ series against Sri Lanka in the UAE after the Lankans refused to tour Pakistan because of security concerns.

The reaction of the Lankans was expected after their team was attacked by militants in Lahore near the Gaddafi stadium in March 2009, leaving seven Pakistanis dead and several of the visiting players injured in the firing.

The incident led to foreign teams refusing to tour Pakistan for Test or international matches forcing the PCB to play its ‘home’ series since than at neutral venues with the UAE having hosted the most number of matches of the Pakistan team since 2009.

Sri Lanka had also offered to host the series at home but the offer was declined by the PCB because of cost issues as they insisted it was more economical to have the series in Dubai, Abu Dhabi and Sharjah which has large number of Pakistani expatriates working or residing in these states.

Pakistan is also due to host England in Jan-Feb next year in the UAE for a full series. (PTI)

Nov 3 to 7-Third Test at Sharjah