Sharjeel thinks the five year ban handed to him by PCB anti-corruption tribunal was unjust.

Pakistan’s left-handed opener Sharjeel Khan has been slapped with a five year ban by Pakistan Cricket Board for his involvement in match-fixing in Pakistan Super League. However, Sharjeel believes he has been treated unfairly by PCB. Whereas the Board rejected the claim saying a ploy to gain sympathy ‘.

Sharjeel Khan made his international debut for Pakistan in December 2013. He has a reputation of being an attacking opening batsman. Sharjeel was selected for the 2016 ICC World Twenty20 and finished as the highest run scorer for his team.

Sharjeel thinks the five-year ban handed to him by PCB anti-corruption tribunal was unjust and is ready to appeal the ban in the courts now.

I swear by God that I am innocent

I swear by God that I am innocent and that I didn t accept any offer to spot-fix. I have fully cooperated with the PCB throughout this case and I expected justice from them. I am sorry to say the PCB tribunal unfairly tried to implicate me in the case, Sharjeel said.

Sharjeel had appealed the ban with an independent adjudicator of the PCB but it was dismissed last month. As there is no option left Sharjeel has to approach the High Court for justice.

I also appeal to the Prime Minister, Army Chief and Chief Justice to look into my case and help me in getting justice, he said.

The punishment handed out to me has not only been painful for me and my family but also for my well wishers and supporters. I will take every step to clear my name and stage a comeback, he added.

Sharjeel also said that he was forced by the PCB s anti-corruption unit, Colonel Azam Khan to confess to the crime to face less punishment.

He told me either I do it or forget about playing cricket again. 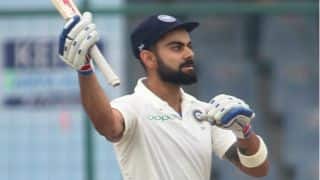 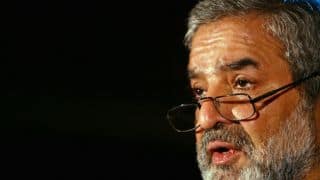