Thakur stated that the President-elect will carry the reforms that have been taking place for six months now.

Mumbai: The Board of Control for Cricket in India (BCCI) secretary Anurag Thakur on Saturday said that the board will continue the reforms under leadership of new president Shashank Manohar, which the it had started in the last six months. “After the sad demise of Mr Dalmiya. It was important to continue the reforms taken place in last six months. We have seen the previous tenure of Manohar, where his work has been appreciated by everyone and we believe under his leadership BCCI will continue with the reforms which has taken place under Dalmiya’s leadership,” Thakur was quoted as saying to mediapersons at the BCCI headquarters. READ: Shashank Manohar set to be named BCCI chief at SGM

“I personally believe that with his experience, it was going to benefit of BCCI on day to day basis,” he added. The secretary also said that there was only one nomination from East Zone which made it clear.

Manohar, who served as the head of the board for three years between 2008 and 2011, is set to be elected as the BCCI President at a Special General Meeting at its headquarters in Mumbai. The development comes in after the demise of Jagmohan Dalmiya, who passed away three days after suffering from a heart attack in Kolkata, following which he was given full state honours at his funeral, which was attended by Thakur, Manohar as well as former BCCI President Sharad Pawar and ex-IPL chairman Rajeev Shukla. 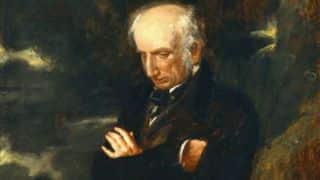