Opposition is mounting over the Kerala Cricket Association(KCA)'s plans to host the India-West Indies ODI in November at Kochi.

Opposition is mounting over the Kerala Cricket Association (KCA)’s plans to host the India-West Indies ODI in November at Kochi, with former Union Minister Shashi Tharoor stating that the association’s move was ‘suspect’.

Tharoor, Thiruvananthapuram MP, said he has already spoken to Committee Of Administrators Chief Vinod Rai against the KCA’s “bizarre” decision to transfer a ODI match from Thiruvananthapuram to Kochi, whose ground was last used for the U-17 Football World Cup.

“He has promised to review the matter. KCA’s motive is highly suspect”, Tharoor had tweeted.

In another tweet, the local MP thanked everyone for the outpouring of support for his firm opposition to KCA’s shifting the ODI to Kochi.

“Turf laid for top-class football would have to be dug up, while a cricket-ready SportsHub stadium in Trivandrum, the best in India, lies idle. Who gains from this suspect decision?’, he asked in the tweet.

Kerala Blasters team member Iain Hume expressed his dismay over the move saying it was upsetting.

Another Blasters key player C K Vineeth said the Jawaharlal Stadium in Kochi is one of six in India that are approved by FIFA, a certification that will take immense effort to obtain again.

When India has been known for being a ‘cricket crazy’ nation, is it really necessary to dig up a football pitch to play a cricket match? #SaveKochiTurf, he tweeted.

Veteran footballers I M Vijayan and C V Pappachan have also come out against the move. 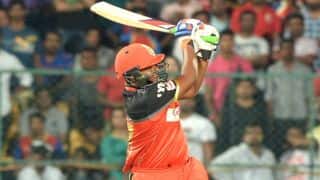 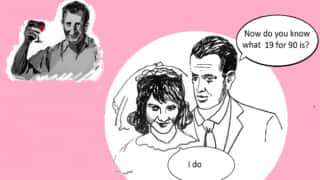