Shaun Marsh should make it irresistible for us to pick him: Justin Langer

Shaun Marsh should make it irresistible for us to pick him: Justin Langer

Shaun Marsh registered a meagre 14 runs from the two Tests against Pakistan recently.

Shaun Marsh had a disastrous outing in the UAE during the two Tests against Pakistan where he registered a meagre 14 runs, but Australia coach Justin Langer feels the elder Marsh can still make an irresistible case for selection after declaring that berths in the squad are very open for the Test series against India in December.

“He’s such a good player when he’s going but it’s completely up to him to maintain that form and make it irresistible for us to pick him,” Langer told SEN radio on Wednesday.

Shaun Marsh has witnessed a considerable dip in form since the Ashes last summer where he was the second highest run-scorer with 445 runs at an average of 74.16. The younger Marsh, Mitchell registered an average of more than 100. The Marsh brothers scored centuries in Australia s 4-0 win. However, since then they have averaged 13.40 and 17.16 respectively.

Their consistency isn t where they d like to be so therefore they have the great highs and the great lows, Langer said.

He s [Mitchell Marsh] such a good player but he s got to perform. Every player has to perform, that s just the reality. We know his talent, we know he s a brilliant bloke around the team. He s a great talent so we re very hopeful he finds his focus and starts performing like he d like to.

We ve got faith in Shaun and Mitch, but when you re not performing I understand why people criticise. There s not a player in Australia where if you re not playing well people won t lose faith in, that s just Australian cricket. 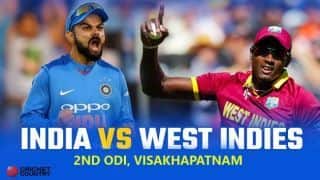 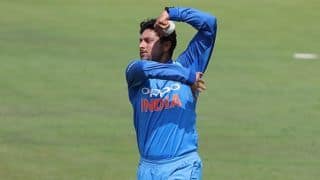