India‘s swashbuckling opening batsman Shikhar Dhawan has been named as one of the Five Cricketers of the Year, an honour dating back to 1889, by Wisden for his performance in 2013.

The 28-year-old Dhawan was the highest run-scorer during India’s triumph in the ICC Champions Trophy, amassing 363 runs in five ODIs at an average of 90.75. He was awarded Man of the Series for his performance that included centuries against South Africa and West Indies.

His performance during the tournament in England was acknowledged by Wisden, which also named Australian duo Chris Rogers and Ryan Harris, England batsman Joe Root and England women‘s captain Charlotte Edwards in the list.

Opener Rogers, fast bowler Harris and Root were chosen for their contributions to the 2013 Ashes, while Edwards was acknowledged for leading the English side to the finals of the recent ICC Women’s World T20 2014

In 2013, Dhawan scored 1162 runs in 26 ODIs at an average of 50.52, but the left-hander is currently going through a dip in form and was dropped from the side after the Bangladesh match during the recent World Twenty20.

The Cricketer of the Year is chosen by the editor of the Wisden Cricketers’ Almanack, based on their “excellence in, or performance on, the previous English summer”. It can be won only once in a player’s career.

Dale Steyn was Wisden‘s Leading Cricketer in the World for 2013. He was the second South African to be selected for the award after Jacques Kallis in 2007.

Wisden editor, Lawrence Booth, however, criticised the sports administrators and dismissed the new ICC blueprint as “colonial-style divide and rule”, that meant “the rich would be getting a whole lot richer”.

“Cricket is appallingly administered, and is vulnerable to economic exploitation by the country (India) powerful enough to exploit it and the two countries [Australia and England] prepared to lend their plans credibility,” Booth, editing the Almanack for the third time, wrote in the 151st edition of British-based Wisden.

He added: “As India prepare to take their ‘central leadership responsibility’, international cricket holds its breath.”

India, Australia and England — together termed as the ‘Big Three‘ — were handed the majority of the powers and revenue by ICC in February. 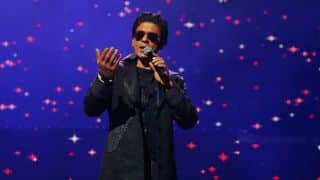