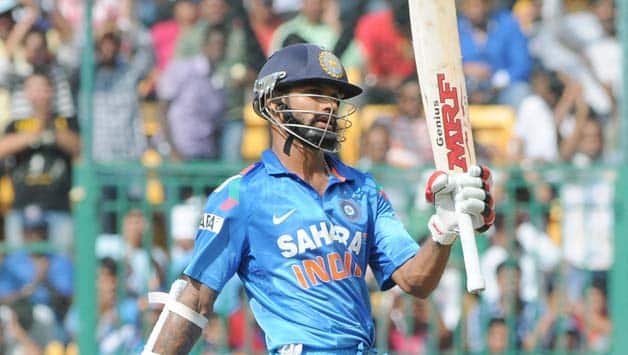 The only chance of getting Dhawan was when he late cut Narine and it flew past Darren Sammy in slips. But overall, he looked fluent and didn’t spare any opportunity to score off loose deliveries.

At one point after Kohli’s dismissal West Indies threatened to run through the Indian batting as Yuvraj was also living cautiously. But Dhawan single-handedly kept the pressure on the bowlers. He attacked Jason Holder, was watchful against Sunil Narine, went aggressive on Lendl Simmons and other bowlers.