With three consecutive centuries in international cricket, India's newest batting sensation Shikhar Dhawan's brand value is on the upswing as some of the major corporate houses are showing a lot of interest in the 27-year-old opener after his on-field exploits. 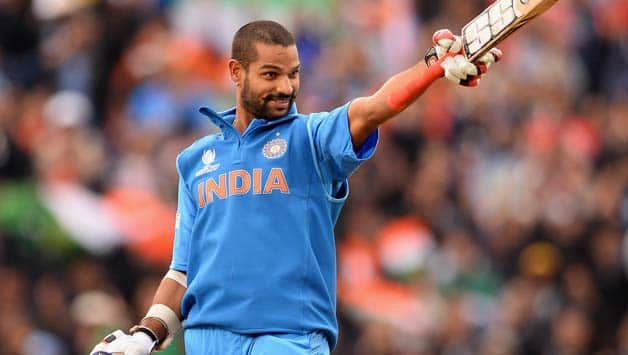 With three consecutive centuries in international cricket, India‘s newest batting sensation Shikhar Dhawan‘s brand value is on the upswing as some of the major corporate houses are showing a lot of interest in the 27-year-old opener after his on-field exploits.

For the company that manages the enormously talented left-hander, Dhawan is certainly a “brand in the making”.

“Shikhar has grabbed whatever opportunities he has got with splendid performances. Since he is at a nascent stage in his international career, I would call him a brand-in-making at this juncture. But certainly, he has a huge potential as far as his commercial viability is concerned,” Bunty Sajdeh, CEO of Cornerstone Sports told PTI on Monday.

To a query about Shikhar’s brand value since his stunning Test debut in Mohali against Australia and his back-to-back hundreds in the ICC Champions Trophy 2013, Sajdeh said, “We are in talks with some of the leading business houses. I can tell you that at least three-four corporate houses have shown keen interest in roping in Shikhar.”

“At this point of time, we are not looking at multiple brand associations for him. For us, it’s important that we get quality over quantity for Shikhar. We would like to build on the brand but as and when the time is right. For us, it is more important that Shikhar’s on-field activities remain paramount,” said Sajdeh, who also manages cricketers like Virat Kohli and Rohit Sharma.

The company also thinks that one needs to chart Shikhar’s progress in the next one year in order to go all-out for enhancing ‘Brand Shikhar’ further.

“You don’t know how things shape up in the next six months. A sportsman’s career is a short one and one needs to capitalise on enhancing the brand. But there must be a judicious blend while striking a balance between imaging and personality,” Sajdeh explained.

Former Australian paceman Merv Hughes had once insured his famous handle-bar moustache and Shikhar’s moustache, which he often twirls is considered to be an USP for the Delhi lad.

“It goes with his personality but what’s the guarantee that he is going to keep it for life. But at this point of time, if a company wants to cash in on his moustache, they are most welcome to do so,” he said.