India's new batting sensation Shikhar Dhawan is glad that he could fight the initial jitters and score runs early in his international career and said he would look to maintain his blistering form. 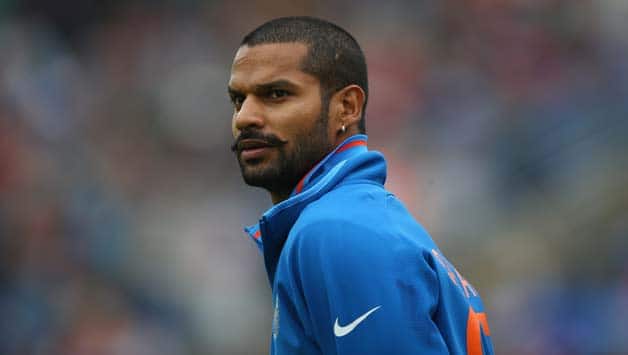 India‘s new batting sensation Shikhar Dhawan is glad that he could fight the initial jitters and score runs early in his international career and said he would look to maintain his blistering form.

Ever since his international debut, Dhawan has been in rollicking form as he earned Man of the Series title in Champions Trophy in England and the Delhi Dasher said he would look to play smart cricket in future.

“Once you score big runs at the start of your international career, you get really confident because that is one part which is really tough as every player is nervous at the start of the career,” said Dhawan, who was recently appointed as captain of Sunrisers Hyderabad, one of the four teams in the Champions League T20 qualifiers in Chandigarh.

“It’s good that I started off really well and I just want to continue the same form and play smart cricket so that I could be consistent. God has been kind and things have been going on really well for me and I would like to continue that way in future too,” he added.

The 27-year-old left-handed batsman took over the reins of Hyderabad from regular skipper Kumar Sangakkara, who opted to play for Sri Lankan outfit Kandurata Maroons.

Every captain has a distinctive style of leadership and when asked about his method of captaincy, Dhawan said: “I am cool and aggressive; aggressive from inside and cool from outside.”

“I want my team to enjoy in the middle, love that intensity, we have already got that, so its good.”

Besides Hyderabad and the Maroons, the other two teams are Otago Volts from New Zealand and Faisalabad Wolves from Pakistan.

When the coach was asked if it was a difficult choice to pick Dhawan after Sangakkara expressed his unavailability, Moody said: “It wasn’t difficult. We are fortunate as a franchise to have capable leaders within the group, both domestic and international ones.

“We have international players like Darren Sammy, Cameron White and Kumar Sangakkara, when he was with us. We are spoilt for choice with regards for that. With Sangakkara unavailable, this is an important stepping stone for us with regards to our relationship with Shikhar built for the future.

“His cricketing skills are unquestionable. He has shown what he is capable of doing. He has got natural leadership skills and its an area he has shown interest in developing.” Young Indian cricketers such as Virat Kohli and Rohit Sharma are already captaining Bangalore and Mumbai in the Indian Premier League.

Asked about this young brigadge of captains, Dhawan said: “I guess we guys have been playing IPL for long. Then you get mature when you play for so long.

“With time, you get new responsibilities and I feel change is good, its good time for us and good time for me to be the captain and lead from the front.”

Moody said India is fortunate to have good emerging leaders like Dhawan, Kohli and Rohit Sharma.

“Obviously Indian team has got exceptional leader in MS Dhoni and you hope from India’s point of view, that he is around for a long time to come because he has shown what impact he has on the team,” Moody said.

“It’s great that people like Shikhar, Virat and Rohit are getting that exposure and the opportunity to lead. Who knows where the game goes in 6-12 months time and to have that experience and work with international players, work under pressure, whether its Champions league, T20 cricket or IPL, whatever it may be, its all imporant blocks for your [India’s] leadership of the future”.

Asked if his CLT20 team has the advantage by virtue of experience, Moody said: “No, I don’t think so at all.
Qualifying round is a very very tough round. Pakistan, Sri Lanka and New Zealand players [in CLT20] are going to be there.”

Moody, however, said that if the team had been playing at home in Hyderabad, they could have got the huge crowd support, which is a “huge advantage.”

He said: “The other three teams are very good teams. We know we have to play very well to qualify.”

Asked how it would be like captaining the best fast bowler Dale Steyn, Dhawan said: “It’s very easy. He knows everything, for me it’s not hard task. Everyone in the team is so professional, they know their job very well and it makes it easy for the captain. All team mates are very supportive.”