Shikhar Dhawan will struggle in overseas Tests unless he changes approach: Sunil Gavaskar

Shikhar Dhawan will struggle in overseas Tests unless he changes approach: Sunil Gavaskar

Of Dhawan's 31 Tests, 15 have come away from Asia at an average of 28.17 with one century and three half-centuries.

Sunil Gavaskar has criticised Shikhar Dhawan s approach to Test cricket following another poor overseas outing, which has taken his batting average outside of Asia to 28.17.

READ: India deluded themselves and everybody ahead of the Test series: Gavaskar

Dhawan was included as opening partner to Murali Vijay at Edgbaston, despite facing four deliveries and failing to score in either innings of India s tour match against a second string Essex. He made 26 and 13, both times guilty of driving at wide deliveries and edging to second slip and the wicketkeeper.

READ: Amazing to see Kohli join the ranks of Gavaskar and Tendulkar: Manjrekar

“Shikhar simply does not want to change his game,” Gavaskar told Hindi news channel Aaj Tak. “He believes in playing in the same manner which has brought him success till now. You can still get away with such shots in one-day cricket because there aren’t many slips and the push or the edge goes for a boundary through the slip cordon.

But in Tests, such shots will only result in a fall of wicket. Till a player makes a mental adjustment, he will continue to struggle against the red ball in overseas conditions.”

Dhawan was included in India s previous Test before the England series, which was Afghanistan s debut in Bengaluru in June, and rattled off 107 from 96 balls. However, in South Africa at the start of the year, he lasted just one Test, his technique against the short ball exposed once more. On the tour of the West Indies in 2016, he scored 84, 27, 1 and 26.

Of his 31 Tests, 15 have come away from Asia. In these matches, he averages 28.17 with one century and three half-centuries. During the tour of New Zealand in early 2014 he scored 115 in Auckland and 98 in Wellington. In Australia at the close of the year, he made 91 in Brisbane.

In Asia, Dhawan averages 61 in 16 Tests, with six centuries and two fifties. 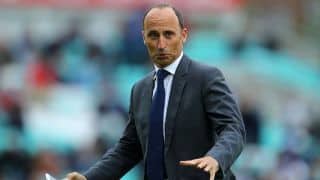 Can’t see two spinners at Lord’s unless its a raging Bunsen: Nasser Hussain 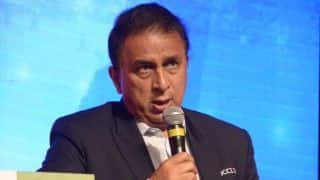