Supreme Court has appointed Shivlal Yadav as the interim-president of BCCI.

Unrecognised Cricket Association of Bihar (CAB) secretary Aditya Verma has claimed that the Supreme Court-appointed interim-president of the Board of Control for Cricket in India (BCCI) Shivlal Yadav is facing numerous corruption charges in his home state Andhra Pradesh, adding that as per BCCI constitution there is no post of “senior vice president” in the board.

“There is no provision in the BCCI rules and regulations which defines ‘Senior’ Vice President. Therefore, it would be misguiding, misleading and incorrect to state before the Honorable Supreme Court that any particular person is a Senior Vice President,” Verma said in a statement.

“In his argument on 28.03.2014 before the Honorable Supreme Court, the BCCI had hidden about the fact of Mr Shivlal Yadav because Yadav is all ready facing corruption charges in Andhra ACB Police,” claimed Verma, the petitioner in the case related to IPL corruption scandal.

“The Anti-Corruption Bureau (ACB) of Andhra Pradesh Police registered a case against former cricketer and Hyderabad Cricket Association Vice-President Shivlal Yadav and 22 other committee members over alleged misappropriation of funds to the tune of Rs 200 crore.

It was Verma, who had filed a PIL in June last year, contending to the Bombay High Court that that BCCI’s two-member internal probe panel investigating into the IPL fixing issue was unconstitutional. 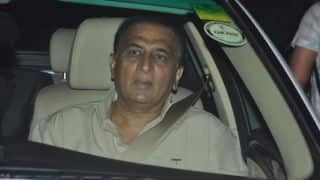