Mumbai:Former Pakistan star pacer Shoaib Akhtar on Saturday said he will not be participating in the Masters Champions League (MCL), the first of its kind tournament in the United Arab Emirates (UAE), aimed at giving retired cricketers a chance to take the field again. The 40-year-old who featured in the Cricket All Stars Twenty20 tournament in the United States recently, wished MCL good luck and all the best. The MCL, which will feature a total of six teams playing in the Twenty20 format, has already got approval from the International Cricket Council (ICC). This first edition is slated to start on January 28 next year, and will go on till February 14. The six teams will accommodate a total of 90 players (15 members per squad) which will entirely be held in different stadia across the UAE. ALSO READ: Shoaib Akhtar requests Sachin Tendulkar to host Cricket All-Stars in Pakistan

“Sorry to inform you guys that am pulling out from MCL league in Dubai. But good luck and my best wishes to MCL,” Akhtar tweeted on Saturday. The league will feature only retired international players. Brain Lara, Adam Gilchrist, Wasim Akram, Virender Sehwag, Sourav Ganguly and Jacques Kallis have been signed up as ‘icons’ so far. The matches will be held across the UAE in Dubai International Cricket Stadium, Abu Dhabi’s Sheikh Zayed Cricket Stadium and Sharjah Cricket Stadium — destinations which have previously hosted cricket tournaments including the Indian Premier League (IPL), as well as One-Day Internationals (ODIs), T20Is and several Test matches. 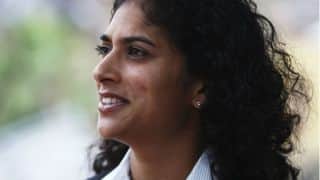