Karachi: Former fast bowler, Shoaib Akhtar has given the Pakistan team’s new head coach, South African Mickey Arthur around eight months to either reshape Pakistan cricket or step down from his assignment. The outspoken and enigmatic Akhtar said he backed the appointment of Arthur who is a very seasoned and experienced coach having worked with top international teams like South Africa and Australia. “But I think in eight months time we will know whether he will make a difference or go like others before him. Because in this period we play some very important series and either he will reshape the way we play our cricket or decide to bid goodbye,” Akhtar said. Pak coach Mickey Arthur: Won’t compromise on discipline

He made it clear that coaching the Pakistan team could be a challenging and frustrating assignment for any foreigner because of the different cricket culture prevalent in the country. “Arthur has a reputation of being a disciplinarian and innovative coach and Pakistan cricket needs both but he has to decide when and where to draw the line,” Akhtar said on a local television channel.

Pakistan in the next eight months has full Test tours to England, New Zealand and Australia and also play the West Indies in a full series in the UAE. “Arthur has all the credentials to change the attitude and mindset of our players the way they play top cricket. So I am hopeful.” The fast bowler, whose colorful career included number of clashes with the establishment, said while he agreed that discipline was necessary in cricket teams but insisted players needed to be made to feel responsible for their actions as professional athletes. Mohsin Khan questions PCB on appointment of Mickey Arthur as Pakistan head coach

“Only a professional player can decide what is best for him. When I played there were some undisciplined characters in the team but on match days they only focused on cricket and when they went out to play their tried to give their best that is why our team in those days was so good,” he recalled. Referring to the decision by the new selection committee to drop batsmen Ahmed Shehzad and Umar Akmal from the training camp being set up for the coming tour to England, Akhtar said both players had brought this upon themselves.

“For a long time we have all backed them, appreciated and encouraged their undoubted talent but while others who started with them have moved on to become top performers for their country we are yet to see the best from them. Akhtar said both needed to rethink their priorities and focus on their cricket and do justice to their talent. “I believe it is important for players to be relaxed on non-match days but what matters is you perform when required.”

Asked about the accusations by Arthur in 2009 about having suspicions that the fifth and final one-day international that Pakistan played a fixed game against South Africa in Lahore in 2007, Akhtar said all this was rubbish. “I played in that match and I took four wickets. I was at the non-strikers end when our wickets fell. We just played badly under pressure. Because if there had been anything fishy going on believe me I would have dealt with such players myself,” Akhtar said.

He said Arthur had clarified his stance and one needed to move on and not keep bringing up the issue now. Akhtar also criticized the month-long training camp being set up before the England tour and emphasis on fitness tests. “I don’t understand this practice because it is hot and every player has his own particular fitness issues and requirements. You cannot lay down same fitness standards for a batsman, spinner and fast bowler. It makes no sense to me. “I always had a knee problem but carried on for so long in international cricket because I knew what I had to do.” 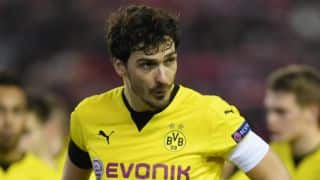