Mohammad Irfan has been ruled out due to a hip injury.

On a day a hip injury ruled out Pakistan‘s tall left-arm pacer Mohammad Irfan from the Asia Cup 2013-14 and ICC World T20 2014, the selectors  recalled the experienced duo of Kamran Akmal and Shoaib Malik for the second event.

Irfan sustained a hip injury while fielding during the ongoing national Twenty20 (T20I) championship in Rawalpindi and was ruled out of both events as he has been advised at least two to three months rest.

The selectors, however, have reposed faith once again Malik and Kamran who are in the World T20 squad but not in the line-up for the Asia Cup.

Both the major events are being held in Bangladesh from February 26 onwards and the Pakistan government has cleared the participation of the national side in both tournaments after initial concerns over the security situation.

Irfan, one of Pakistan’s premier bowlers since last year, has been out of action from international cricket since November when he suffered a hip fracture while playing the last T20 international against South Africa in Dubai.

He made a comeback in domestic cricket for a few games before sustaining the same injury while fielding.

But fortune smiled on fellow pacer, the experienced Umar Gul who has been given fitness clearance to be included in both squads.

Gul’s fitness was also under a shadow of doubt after he had to return home from the Test series against Sri Lanka in the United Arab Emirates (UAE), but the selectors have been told by the Pakistan Cricket Board (PCB) medical panel that he has made a full recovery from his knee surgery that he had last year.

A training camp will be held at Gaddafi Stadium in Lahore from February 18-21. 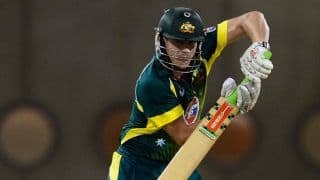 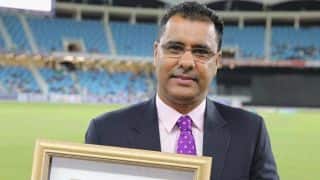