A local Hindi news channel telecast an alleged phone conversation between Akram Saifi, an executive assistant of Shukla, and cricketer Rahul Sharma in which Saifi is heard seeking favours in “cash and kind” to ensure Sharma’s selection in the state team.

Kaif urged Shukla, who is currently the Uttar Pradesh Cricket Association (UPCA) secretary, to ensure a fair probe into the allegations and weed out corruption from the association.

Shocked to hear about the extent of corruption in UP Cricket. Young talent being curbed by corrupt agents asking for favours. Hope @ShuklaRajiv ji ensures a fair investigation and justice to the young talent & helps restore UP Cricket.I stand by all those who have been exploited

While Saifi has denied all the charges, Sharma, a little known cricketer has alleged that the former had sought favours for including him in the state team.

Kaif captained Uttar Pradesh in their Ranji trophy title campaign in 2005-06. Under him, they came runners-up in 2007-08 and 2008-09. He also encouraged the young Bhuvaneshwar Kumar as an opening bowler of choice for UP and helped create a strong foundation for the bowler who is now a leading member of the pace attack for India.

The former UP captain is rightly disgusted with the recent developments in UPCA which can be called anything but cricket. 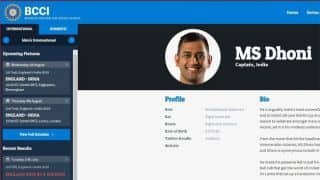