A hasty decision to appoint women's coach has now come back to haunt the CoA.

With the Board of Control for Cricket in India (BCCI) Ombudsman DK Jain asking VVS Laxman to explain his position as Cricket Advisory Committee (CAC) member and mentor of Sunrisers Hyderabad, the former India batsman pointed at how the CAC was given a little over 24 hours to decide if they wanted to select India’s women’s team coach in December 2018 by the Supreme Court-appointed Committee of Administrators (CoA).

This has brought back the question that CoA member Diana Edulji had time and again asked chief Vinod Rai and BCCI CEO Rahul Johri at that time as to what was the hurry in forming an ad-hoc committee to name the next women’s coach, rather than giving the trio of Sachin Tendulkar, Sourav Ganguly and Laxman more time to appoint the next coach.

Speaking to IANS, a senior BCCI official said that Edulji’s stance was vindicated by the letter from Laxman and once again showed the unprofessional approach of the CoA in the whole matter of selecting the next women’s coach.

“A lot of noise was made over how Diana was being unreasonable and what not but Laxman’s version has actually put things in perspective and it is shocking how the legends of the game have been treated in this entire episode. To think of it, they may have only one more year on a cricket committee and that would be nothing short of disastrous for Indian cricket. Especially when you consider the fact that they have not really been utilised and have in fact been ignored.

“The agenda needs to be seen in perspective now. It is important to note that WV Raman may have been the best choice or not is not the issue here, the fact that he was already contracted with the BCCI and his services could in any case have been utilised was a very relevant fact that was brushed aside apparently in order to hurriedly decide this issue even when there was a deadlock in decision making,” the official rued.

In his mail to Jain, Laxman had written: “In December 2018, we were given a little over 24 hours to confirm our availability to be on the panel to select the India women’s head coach. All three of us expressed our inability to participate in the process due to short notice and prior commitments.”

Back in December, Edulji in her mail to GM Cricket Operations Saba Karim, Rai and Johri had written: “Let me reiterate that as per the judgement of 9th Aug 2019 the head coach can only be done by the CAC. We had approached them and they requested for time and directions for their role. Thus the constituting of the ad hoc committee is unconstitutional and I have stated that before the advert was released.

“I feel we are going down the wrong track and I again state that this committee or selection of head coach is not right. Only the CAC can take a call on this and if they refuse (which they haven’t) then COA has to take the call just like we did in nominating a selector for the junior team.”

Back then, it was Johri who in his reply to Edulji’s mail, accessed by IANS, had written about going ahead with the formation of an ad hoc committee to select the next women’s coach on the approval of Rai.

Edulji had also warned Rai of the negative impact of his decision in the matter. “Your such unilateral steps do not support and help the underlining cause of betterment of women’s cricket. You have used the women’s cricket as a diversonary tactic to take the heat of the CEO’s sexual harassment allegations and made a big deal out of a non-issue,” she had written.

Clearly the hasty decision has now come back to haunt the CoA as the ombudsman might wish to revisit the whole issue when Laxman’s conflict of interest matter comes up for hearing. 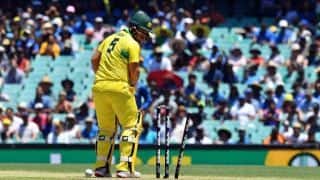 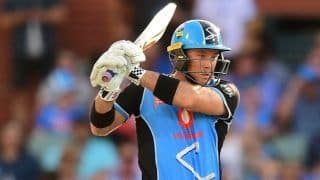