Shreyas Iyer is the leading run-scorer in the Ranji Trophy 2015-16.

Shreyas Iyer on his way to his sixth First-Class ton broke numerous records along the way. He is the second highest run-getter in a Ranji Trophy season, just behind VVS Laxman, who had scored 1415 runs in 1999-00 for Hyderabad in a season, where he scored eight centuries. He is also the leading run –scorer fir Mumbai in a single Ranji Trophy season, going past Wasim Jaffer, who had scored 1260 runs in 2008-09. Out of the six First-Class centuries, Iyer has scored four of them in this season, with a highest score of 200. Iyer has seven fifties and four hundreds to his name this season so far. Live Updates: Mumbai vs Saurashtra, Ranji Trophy 2015-16 Final, Day 2 at Pune

Shreyas had an impressive debut season for Mumbai in 2014-15, where he top-scored for the team with 809 runs at 50.56 with couple of centuries. He good show in his debut season earned him an Indian Premier League (IPL) contract with the Delhi Daredevils (DD), where he top-scored once again for his team. He was purchased for Rs. 2.6 crores, which was the highest for an uncapped player. 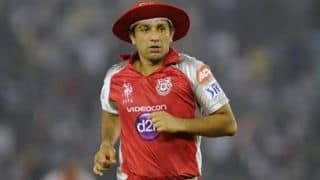