With this deal, Shubman Gill breaks into a big league comprising of players like Rohit Sharma, Ajinkya Rahane, Ishan Kishan and Harmanpreet Kaur.

India’s U-19 star, Shubman Gill, is reaping rewards of his good work in the country’s U-19 World Cup victory in New Zealand early in 2018. Ahead of IPL 2018, wherein Gill will represent Kolkata Knight Riders, has signed a bat endorsement deal with CEAT. With this deal, Gill breaks into a big league comprising of players like Rohit Sharma, Ajinkya Rahane, Ishan Kishan and Harmanpreet Kaur.

After the deal was inked, Gill quoted, “I feel privileged to be part of the CEAT cricketing family, which is home to some of the finest names of Indian Cricket like Rohit Sir and Ajinkya Sir. I look forward to playing a long innings with CEAT!” Shubhman said in a release.

Gill, a right-hander, was adjudged with ICC World Cup player of the tournament after India’s U-19 players lifted the coveted trophy in New Zealand. Under the astute guidance of head coach and former India captain, Rahul Dravid, Gill has learnt some important aspects of the game already. He would be confident to replicate his success in IPL 11, and gain more prominence by delivering against some of the big names of world cricket at present. 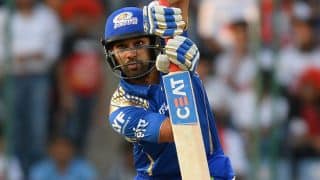