Zimbabwe has been restricted to a score of 268 for seven in their quota of 50 overs.

Zimbabwe has been restricted to a score of 268 for seven in their quota of 50 overs by Pakistan in the second One-Day International (ODI) at Lahore, despite big innings by Chamu Chibhabha and Sikandar Raza. In the previous match Pakistan scored 375 on the same track, hence chasing this down shouldn’t pose too much of a problem for the home side. LIVE UPDATES: Pakistan vs Zimbabwe 2015, 2nd ODI at Lahore

Chibhabha was dismissed one short off what could have been his maiden ODI century. He scored 99 runs at almost a run a ball before edging behind off Shoaib Malik’s bowling. Raza however went on to score an unbeaten 84-ball 100. Live Scorecard: Pakistan vs Zimbabwe 2015, 2nd ODI at Lahore

However, even though Chibhabha was very confident at the crease, it failed to rub off on the other batsmen he played alongside including Vusi Sibanda, Hamilton Masakadza and Sean Williams. Sibanda in particular had a torrid time during his stay off 47 balls at the crease which yielded just 13 runs.

To his credit, Yasir Shah bowled cleverly to get rid of Masakadza and Williams and he received adequate support from Shoaib Malik and Mohammad Hafeez in the spin department. The pitch, however, did not have much to offer for the fast bowlers. But even though, there was nothing for the fast bowlers in the pitch, they did well in the death overs by making good use of pace variations.

When Chamu Chibhabha was dismissed, it looked unlikely that Zimbabwe would even get past 250 considering how badly the other batsmen had performed but Sikandar Raza had other plans. He helped Zimbabwe get to a respectable total by scoring a 84-ball hundred.

Given their performances in the first match, the Pakistani batting should have little trouble in chasing the total. Moreover, Zimbabwe lacks any bowler of genuine pace that can cause some trouble. Pakistan will not want to goof this up as victory will secure the series for them. 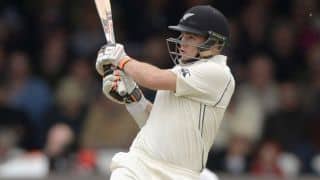