Melbourne: Australian umpire Simon Fry has been called up to make his Test debut when he officiates in the upcoming series between Sri Lanka and the West Indies this month.Fry made his first class debut in his home state South Australia in 2002 and has since officiated 196 matches, including becoming the first Australian umpire to reach 50 domestic one-day matches last season.The 49-year-old will officiate as third umpire in the first Test between Sri Lanka and the West Indies, starting October 14, and will be a field umpire in the second Test, starting October 22 in Colombo. Australia’s last Test debutant was Paul Reiffel in July 2012. ALSO READ: West Indies vs Sri Lanka 2015 Test series will be played for Sobers-Tissera Trophy

“We congratulate Simon on his appointment to make his Test debut officiating in the Sri Lanka-West Indies series this month. Simon has worked incredibly hard and consistently since he made his first class debut 13 years ago and this is a reward for his dedication and persistence,” Cricket Australia (CA) Head of Cricket Operations Sean Cary said on Wednesday. ALSO READ: Devendra Bishoo keen to impress in Sri Lanka

“Officiating at international level is an elite environment with less than 100 Australian umpires making their Test debut. In Simon’s extensive career, his commitment to improvement and professionalism has been recognised by his peers, as well as players. Off the field, Simon is a keen contributor and is generous with his time to mentor emerging umpires.” 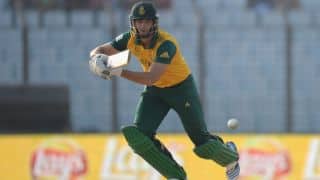 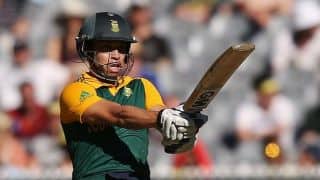 VIDEO: Farhaan Behardien says India have quality spinners and it’s a challenge to play against them in India