Taufel has also been Panel Manager of the committee that selects match referees and umpires since 2016.

Simon Taufel has resigned “for personal reasons” from his post of Cricket Australia‘s Head of Umpiring, as reported by The Age. Taufel availed a leave last week and will not be back to work till his contract expires this Friday, ahead of the 2018-19 domestic season. The decision was abrupt, according to the source. Taufel has also been Panel Manager of the committee that selects match referees and umpires since 2016, when he was recruited by Pat Howard.

Taufel has received much acclaim from umpires during his tenure, especially for his meticulous, professional approach towards the match official accreditation course. Umpires were continuously appraised by match referees in both Australian First-Class cricket and the BBL during the Taufel regime.

The Age, however, suspects that Taufel could have been “frustrated with CA in recent times”. CA has undergone major changes recently. CEO James Sutherland is currently serving a 12-month notice period; his replacement is yet to be interviewed. The selection committee has been revamped, and as a direct impact of the ball-tampering scandal earlier this year at Cape Town, they were forced to appoint a new captain, Tim Paine, and a new coach, Justin Langer.

Taufel, one of the finest umpires in the history of cricket, was named ICC Umpire of the Year for every year between 2004 and 2008. 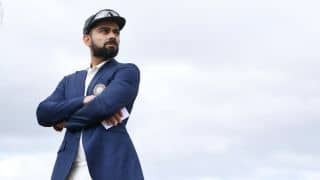 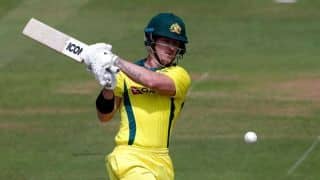