With the British influence, cricket became an inevitable part of Singapore.

Singapore is a confluence of different cultures — a place where the East and West blend to dole out a unique cosmopolitan flavour. With the British influence, cricket became an inevitable part of the city-state, albeit a small and fledgling one. Over the years, Singapore has seen a few cricketing events with India, Sri Lanka, Pakistan and South Africa visiting in the 1990s and early 2000s. Most recently, it hosted an Asian Cricket Council (ACC) Under-23 championship, which was won by India. This year, Singapore prepares for another event that brings together cricket clubs from different parts of the globe.

This tournament was first held in Singapore in 2009. “The phenomenon that is T20 has fully captured the imagination and support of the cricketing world in recent years — both players and fans alike — as well as the commercial world through considerable sponsorship and hospitality opportunities. To get on board this “new train” the SCC introduced its own international T20 Tournament in 2009 for its reciprocal Clubs and the event has since grown to become possibly the leading Club Tournament in Asia,” said A Michael Grice, the President of the SCC.

The cricket would be played amidst the Singapore skyline and will certainly make a beautiful sight for the cricket fans. “Judging from SCC’s previous T20 Tournaments, the cricket is going to be fast, furious and entertaining.  The location of the SCC, sandwiched between the Marina Bay Sands and the Gothic Buildings of the Museum, is going to provide a unique backdrop which all players and spectators are going to remember as a cherished spectacle of cricket in Singapore,” said Imran Khawaja, the President of the SCA.

The SCC continues to make efforts to help promote the sport in Singapore. Youngsters are encouraged to play cricket and they already have a Cricket Youth Development (CYD) Program which helps children from the age of 13. SCC has teams for those age groups and they compete in tournaments organised by the SCA. Apart from conventional cricket, the SCC also tries to get kids interested with a form called Kwik Cricket. They have held such tournaments in collaboration with the Howzatt Youth Cricket Society. In recent times, Sachin Tendulkar, Kumar Sangakkara, Darren Gough and Farokh Engineer have graced the club for numerous events. 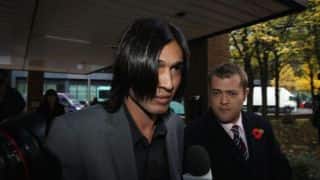 Mohammad Aamer to make acting debut in a Pakistan film 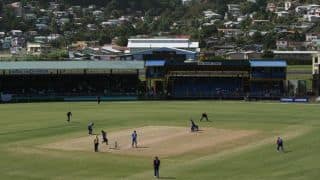