Australian pacer James Pattinson said that sledging comes naturally and it is not planned. 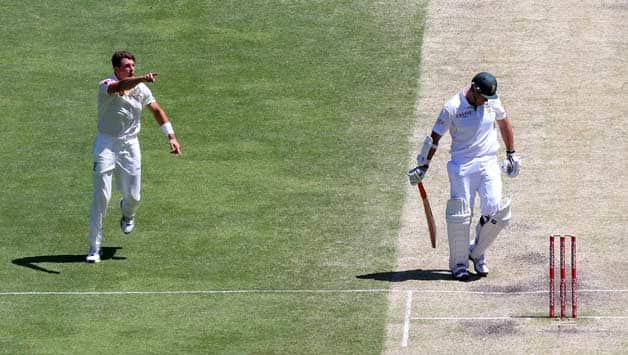 Australian pacer James Pattinson said that sledging comes naturally and it is not planned.

“It’s not really spoken much about in the inner sanctum of the team,” Pattinson was quoted as saying in the The New Zealand Herald.

“It’s just one of those things that happens when you get out there. If you can see a way in by sledging someone when you’re out there then definitely, by all means it’s probably a good thing.”

“But one thing we don’t do is purposely go out there and say we’re going to get in the ear of this batsman or that batsman.”

“The one thing going into Brisbane, we didn’t have a plan to go out there and give them stuff. When you go out there and purposely try and do stuff like that, then sometimes it does backfire. It’s all about reading the conditions, reading what is happening in the game and then going from there.”

Pattinson bowled more than any bowlers in the first Test against South Africa at Brisbane.

However, the pacer has missed series of matches due to injuries that he sustained during previous Test series.

“I have got no soreness in my body so I want to keep playing. I don’t want to get rested,” he said.

“I suppose there will come a time when I have a high workload and it looks like I will probably need to get rested, as we have spoken about.

“I put the faith in the medical staff’s hands and if they think it’s a good idea for me to get rested for one Test then so be it,” Pattinson concluded.