In his previous seven T20I innings, Finch has crossed 25 just once and been out for a single-digit score six times. In his last five ODIs, the opening batsman has crossed 40 once while the rest four have brought him a total of 38 runs.

With India Test series just a couple of weeks away now, this might be a cause of concern for Australia who are anyway missing the services of their premier batsmen David Warner and Steve Smith.

But Finch is unfazed. “At the end of the day I’m still practicing well, still hitting them well, still feel good,” the 32-year-old was quoted as saying by Cricket.com.au on Saturday. “I’ve been in this position before and it’s not alarming, it’s more just trying to get through that initial five-10 balls and reassess. I’ve still been working very hard on my technique and doing a lot of work with (Australia batting coach) Graeme Hick and trying to adjust a couple of little things.”

In the second T20I against India on Friday, Finch was out for a first-ball duck. He will be hoping to get some runs in the series decider to be played in Sydney on Sunday.

However, he’s looking forward to a Sheffield Shield game he’s scheduled to take part in next week to get into the red-ball mode.

“It’s not ideal, don’t get me wrong, but at the end of the day it’s the opposite format. I’m sure once I get to Brisbane for the Shield game I’ll be able to get stuck into the red-ball stuff a bit more,” he said.

He continues, “I’ve been batting more and more in the nets. I need to go the other way and go back to my old preparation which is have one big hit before a series and then ease into it and not hell of a lot once it gets underway.”

“When you’re searching for a bit of form or you feel like there’s something just missing in your game, you tend to hit a lot more balls and search for an answer.

“The answer is pretty simple. Just hit the ball in the middle a few more times.

“And in this format you’re one shot away from everything just clicking back into gear.” 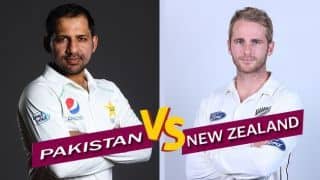 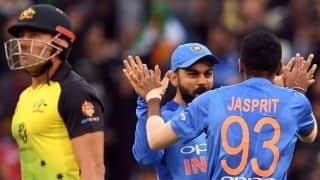