Among the other big movers were Australia's Ashleigh Gardner, who jumped 18 places into the top 20, after ravaging India with a 57-ball 93. India’s star batswoman Smriti Mandhana made a jump by three spots to break into the top five list of batters in the latest ICC Women’s T20I rankings released on Friday. Mandhana, who scored a blistering half-century in the women’s T20I series final vs Australia, grabbed the fourth spot in the T20I rankings for batswomen. India captain Harmanpreet Kaur has remained static at ninth in the same list.

Although Suzie Bates, New Zealand’s No.3, retained her top spot in the charts. There were other movements in the top 10, with Bates’ teammate and captain Sophie Devine rising four spots to claim the second position in rankings. Australia opener Beth Mooney is at the number three after he good show in the T20I tri-series.

Mooney and Mandhana, who made upward movements in the new rankings, had scored two half-centuries during the tri-series. Meg Lanning despite dropping three positions, hung on to the top five.

Among the bowlers, India’s Poonam Yadav dropped six places to fall out of the top 10 and take the 12th position. While Ellyse Perry’, who recently clinched her third Belinda Clark award, jumped to four places to make an entry into the top 10. Perry is at the No.7 spot.

England fast bowler Anya Shrubsole tumbled six places to fall out of the top 20. Anuja Patil and Delissa Kimmince lost out big as well, falling 11 places to 31, and 14 places to 33 respectively.

Among all-rounders, White Ferns’ player Sophie Devine claimed the top spot after gaining one position, while Nat Sciver also jumped one place to round out the top three.

Devine has become the first international cricketer to score five consecutive 50-plus scores in T20I cricket. She achieved the feat in 3rd T20I during her knock of 105 against South Africa.

Hayley Matthews dropped down a position to four, while South Africa captain Dane van Niekerk completed the top five after gaining one position. 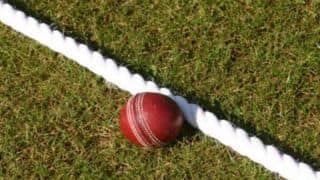 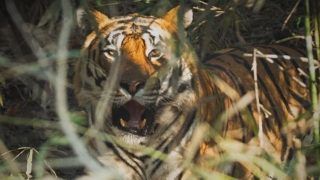