Smriti Mandhana smashed 3 fours and 5 sixes in her 20-ball 48, dominating an 80-run stand with Heather Knight.

Smriti Mandhana dazzled on her debut in the Women’s Cricket Super League debut with a 20-ball 48, for Western Storm against Yorkshire Diamonds at County Ground, Taunton. Batting first, the Diamonds lost Beth Mooney and Chamari Atapattu inside the first 10 balls of the match. Then captain Laura Winfield (41), Alice Davidson-Richards (33), and Delissa Kimmince (55*) helped the Diamonds reach 162 for 5.

The target could have neem daunting, especially after Helen Fenby trapped Rachel Priest leg-before first ball. But captain Heather Knight joined Mandhana, and the pair blasted away to an 80-run stand in 41 balls, as good as sealing the match. Mandhana smashed three fours and five sixes in her half-an-hour stay at the crease. She eventually holed out to Winfield at cover-point off Davidson-Richards.

With a win 3 runs away and 3 to score a hundred, Knight hit Davidson-Richards to Kimmince at mid-wicket. There was little hurry, as Storm still had 28 balls in hand. A no-ball later, Stafanie Taylor finished things off.

Player of the Match: Heather Knight. 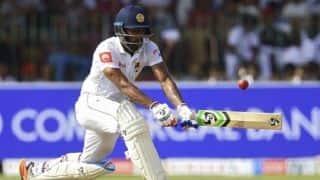 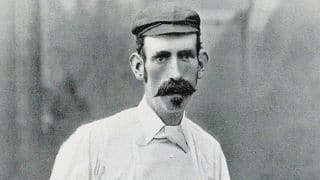