Dubai [U.A.E.]: Australia pacer Megan Schutt has grabbed the number one ranking among bowlers in the ICC Women’s T20I Player Rankings after her fine effort in the tri-series in India. Schutt picked three for 14 in the final against England to finish with nine wickets in the tournament. Her performance not only contributed in her team’s victory in the final but also helped her move up to reclaim a position she held briefly last year.

In the latest rankings, which also take into account the three-match series between Sri Lanka and Pakistan, which the latter won 2-1 and the five-match series featuring New Zealand and the Windies, which the former won 4-0, New Zealand’s Leigh Kasperek is another major gainer. The off-spinner has moved up seven places to take the second spot after finishing with 10 wickets in the series. Kasperek’s previous best was the fourth position in November last year.

India leg-spinner Poonam Yadav (up six places to a career-best fifth ranking), Pakistan off-spinner Nida Dar (up four places to 13th) and Sri Lanka left-arm spinner Sugandika Kumari (up 18 places to 24th) are the others to move up in the list of bowlers.

Among batters, Australia captain Meg Lanning has gained one slot to take the third position after scoring 175 runs in the tri-series, including an unbeaten 88 in the final.

Beth Mooney (up three places to fourth), India opener Smriti Mandhana (up 13 places to a career-best seventh position), Windies’ Hayley Matthews (up four places to 15th) and Pakistan’s Javeria Khan (up two places to 22nd) are the others to make significant gains. 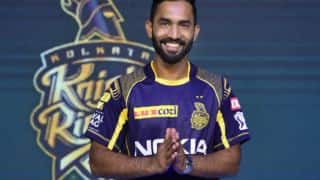 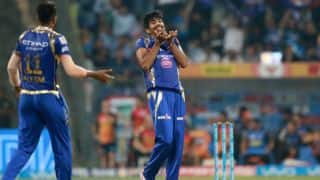