Mandhana slammed a superb half-century as India produced an improved batting show to notch up a seven-wicket win over Australia in the fifth T20 on Saturday.

Putting behind the disappointment of their last two matches, India women produced a much-improved show on Saturday as they notched up a seven-wicket win over Australia women in the fifth T20I at the Junction Oval, Melbourne. Vice-captain Smriti Mandhana slammed a superb half-century to keep India’s chances alive of making it to the finals of the women’s triangular series.

Put in to bat, Australia posted 173 for 5, riding on a 57-ball 93 by Ashleigh Gardner and Meg Lanning’s 22-ball 37 after India skipper Harmanpreet Kaur won the toss and elected to field. India then returned to overhaul the target, scoring 177 for three in 19.4 overs.

Chasing a stiff target, 16-year-old Shafali Verma played a blistering knock of 49 (26 balls) to give the visitors a flying start. Her innings were studded with eight fours and a huge maximum. Mandhana (55) also smashed seven boundaries in her 48-ball innings to anchor the tricky chase.

Jemimah Rodrigues also came out all cylinders blazing, making a quickfire 19-ball 30 with five fours. In the end, skipper Harmanpreet (20 off 20 balls) and Deepti Sharma (11 off 4 balls) took the team home.

India chase down Australia’s 173/5 in the last over with seven wickets to spare!

This is the visitors’ highest successful run chase in women’s T20Is 🔥 #AUSvIND pic.twitter.com/KPZz78KcKj

Earlier, Gardner sent the ball across the fence 11 times and blasted three sixes in her 57-ball innings to emerge as the top-scorer for Australia. For India, Deepti Sharma (2/27) was the most outstanding bowler, snapping two wickets, while Rajeshwari Gayakwad (1/34), Radha Yadav (1/34) and Harleen Deol (1/21) took one wicket each.

With this win, India moved to the second position in the points table, behind England. India had lost to Australia and England by an identical four-wicket margin in their last two matches.

Australia will take on England in the final league match of the series on Sunday. 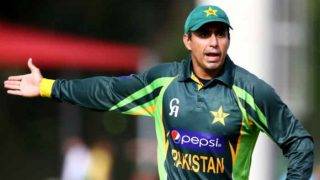