Smriti Mandhana has started 2019 on a terrific note, hitting her fourth ODI century.

Smriti Mandhana has started 2019 on a terrific note, hitting her fourth ODI century, leading India women to a crushing nine-wicket win against New Zealand in Napier on Thursday.

Mandhana scored 105 off 104 with nine fours and three sixes. Her century combined with fellow opener Jemimah Rodrigues‘ unbeaten 81 off 94 helped India hunt down 193 in 33 overs as they took a 1-0 lead in the three-match series.

For her innings, the 22-year-old was declared as the player-of-the-match. “The wicket was great to bat on. We played according to the merit of the balls and it was a great innings,” said Mandhana who was chosen as ICC’s women’s cricketer of the year.

Captain Mithali Raj also praised her knock saying the youngster’s form does give his team confidence and that a lot of players look up to her “I think it’s great to start the series with a win and wonderful to see openers get an over 100-run partnership,” Mithali said. “I think lot of girls do look up to Mandhana. She had a great 2018 and she is continuing and it gives a lot of confidence to the dressing room.”

Despite a dominating win, Mithali has a word of caution for her teammates. “But easy catches should have been taken. We are definitely not overconfident,” she said. 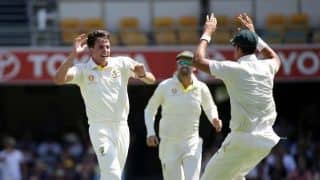 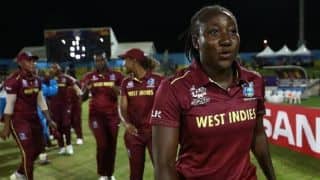