Sohag Gazi was reported for suspect action during Bangladesh's tour to West Indies.

Bangladesh off-spinner Sohag Gazi has been suspended from bowling in international cricket by the ICC. The bowler was reported for suspect action during Bangladesh’s tour to West Indies.

“The International Cricket Council today confirmed that an independent analysis has found the bowling actions of Gazi and Utseya to be illegal and, as such, both off-spinners have been suspended from bowling in international cricket with immediate effect,” read a statement by the ICC.

The 23-year-old has played 10 Tests, 20 One-Day Internationals (ODIs) and nine Twenty20 Internationals (T20Is) for Bangladesh till date. He made his Test and ODI debut against West Indies, in November, 2012. The off-spinner could also bat, and scored an unbeaten 101 against New Zealand in a Test match.

Earlier, Saeed Ajmal and Sunil Narine too were suspended from bowling. Ajmal is undergoing remedial work on his action with the help of retired Pakistani great Saqlain Mushtaq. 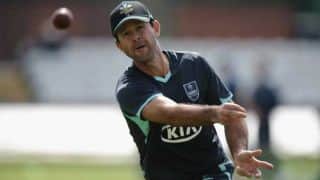 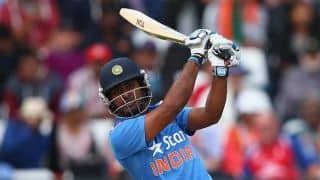